Our Top-10 List: Our Favourite Sporting Experiences from Around the World

This list is our own personal top-ten based on what we have seen in our travels.

[updated in 2017 with the Panathenaic Stadium in Athens]

This is an annual horse race around the main square of Siena which has been going on for hundreds of years. It was just amazing among the locals in the centre of the field as the horses raced around.

It was not a pretty sight to see, but a cultural experience watching the drama of the bull fight in a southern Mexican city. Many people may ot consider this a sport.

No visit to New York is complete without a visit to Yankee Stadium. We watched a game between New York and Detroit, which the Yankees won.

We stumbled across the Grand Final game for the local league. We had never seen an ice-hockey game live before so we jumped at the chance.

We were in Munich during the last weekend in September, and found out at the last minute about the match being shown at a pub across town early the next morning. We woke early to our hosts amazement and cycled at dusk to a small pub packed with Aussie’s coming straight from Oktoberfest.

While on a walking tour of old Oxford city we stumbled across a game of Royal Tennis being played. They welcomed us in and gave us a run down of the rules, though we were still pretty much in the dark. It was interesting to see though.

We were taken to a 2nd division match in Bradford by our English relatives, to watch Bradford City win.

The indians are passionate about their cricket, which gave us Aussies something to talk about with everyone we met. At nearly every occasion, kids will be playing cricket.

We joined the thousands of Aussies to watch our home teams Perth and Fremantle play a ‘friendly’ match at one of England’s famous cricket grounds.

Our first stop on our 3-month Europe tour was the Panathenaic Stadium in Athens, Greece. It was so much fun to freely explore the stadium, and race around the track with the kids. There is a pretty interesting museum with all the Olympic torches too. 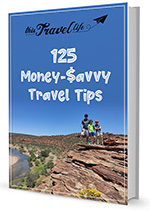